“But our/yearning to hear fills our ears the way seashells will imitate real//roar of ocean wave, appearing/disappearing.”* – Penn Kemp

Canadian poet Penn Kemp loves ‘sound’ and her book Barbaric Cultural Practice (Quattro Books, 2016) astounds me with her word play, her vocalized chords, and the musical rhythms of her poetic stanzas. She is the barbaric activist riding her horse at full tilt and the experienced voice “in the yellow cornfield of your mind.” (p. 39) The key is to listen carefully to catch each nuance before the next line appears.

Divided into five sections (Electrical Events, Light Eats, Heart and Stroke Foundation, In Dream Sequins, and Wild Crafting), her recent 112-page book includes 72 poems that challenge the status quo of the world. Her interest in nature, dreams, and Goddesses plus the way politics, technology, and global warming can interfere with our well-being are prevalent threads in this collection.

For example, in the poem “Skipping Time” (where she analyzes the reality of dreams and the process of using those dreams to create new work), she writes; “Intuition and instinct, the play of crimson and purple,//these weave a web through skeins of dream fabric/from which I fabricate poems as the dream wheel turns.” (p. 67)

The transitions between poems are flawless but some of the work requires extra effort to comprehend. Her subject matter may be down to Earth; however, her intellectual quest pushes the boundaries.

As I mentioned in my Goodreads review:

This is a book that needs to be read slowly and if possible read aloud!…To appreciate the poems …, the reader must focus on [Kemp’s] technique of playing with sound and rhythm. Not only does she use alliteration and internal rhymes but the repetition of words acts as an echo or refrain to reinforce the musical quality of the work. For example, in her poem “Synaesthetics” she writes: “and ring in our ear, ring in New Year/until a hush of snow smothers sound”. (p. 93)

More examples are found in her poem “An Ounce of Edible Oil” where she uses such phrases as “Their fumes set me fuming”, “Exhausted by exhaust”, and “sensitive is sensitized”. (p. 48)

Even the title of the book has layers of meaning. In her acknowledgements, she writes “Several of the poems in Barbaric Cultural Practice “were provoked into being by political events; hence the title.” (p. 110). However, at the beginning of her introductory poem “Tip Line”, she plays with these three words in a humorous way: “Barbaric, of the wild/Cultural in yoghurt, wine and cheese/Practice for ten thousand hours”. (p. 11)

Humour is also woven in the poem “Ode to Tim Two Bits Whopper”. She writes: “We would bow to you if we could still bend.” (p. 46)

From the poem “In Light” by Penn Kemp. One of several previously published poems reprinted in Barbaric Culture Practice. Image courtesy The League of Canadian Poets.

To add another dimension to Kemp’s work, her book also includes QR Codes which act as digital links to video and audio performances of many of her poems. Once again, this reinforces her belief stated in her acknowledgements that “Poetry needs to be heard as well as read.” (p. 110) 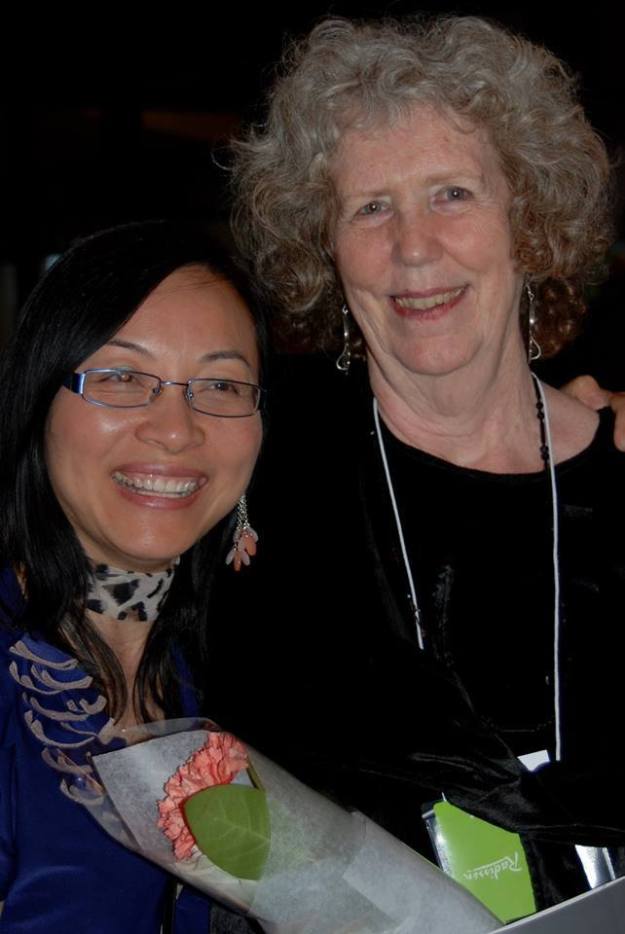 This statement doesn’t surprise me. Kemp waves the flags of an activist, sound poet, performer, and playwright. An experienced and prolific writer, she is a Life Member of The League of Canadian Poets and, in 2015, she was the winner of their Sheri-D Wilson Golden Beret Award for Spoken Word. She was the Writer-in-Residence for Western University and the inaugural Poet Laureate for London, Ontario. Her list of books (many published by her own press Pendas Productions) are too numerous to mention here but are listed in the League of Canadian Poets Membership Directory

I first met Penn about a decade ago at a Writer’s Union of Canada meeting in her home. Her larger than life and colourful personality plus her love for the arts was reflected in her father’s art on the walls. She was/is out-going and fearless and her performances are “sound-filled” and memorable.

A long poem celebrating her father is included in her new book of poems, Local Heroes (Insomniac Press, 2018). This book will be launched at Museum London in a multimedia presentation on April 19, 2018. More information will be provided below.

At her official London launch of Barbaric Cultural Practice held October 11, 2016 at the Oxford Book Shop, she dazzled her admiring fans (standing room only) as her Quattro Books editor/publisher Allan Briesmaster looked on.

After reading and re-reading her book, I recently asked Penn a few questions via e-mail. Below are her responses:

Penn, you have waited so long for this interview. Thank you for your patience. First, please tell me how you do it?  How do you manage to juggle all that you do?  The writing? The performing? The promoting? The acquiring of grants? How do you keep your work organized? How do you prevent yourself from burning out?

Enthusiasm. I follow where the energy leads. And collaboration: other artists to play with, in the creation of a piece! I’ve been publishing for 52 years, so it’s what I know. My body stops me from burning out by falling apart before I do. But figuring out budgets for grants does burn me out. J

Not everyone understands poetry and certainly some of your performances (especially some of your chanting and your experiments with sound) will raise eyebrows in a crowded room. Yet, it doesn’t take long for you to warm up an audience.

Sounding is usually infectious, involving the audience in the spirit of play. It’s fun to walk into a school auditorium, dressed conservatively, and begin participatory sounding with students. They’re with me, and so are their enthusiastic teachers. But the body language of more staid teachers who are into control is something to behold: they usually go rigid until they see their students inspired to write.

Describe your typical reader and/or poetry fan for this book.

As a poet, how difficult is it to keep a loyal fan base?

I offer my work through social media, Facebook, Twitter, Googleplus, LinkedIn. It bewilders me that there are always many more comments on my personal posts than on my poems.

When you were Writer-in-Residence at the University of Western Ontario (now known as Western), you emphasized the need for me to include more sound in my writing. That advice has never left me. Why is sound so important to you?

Sound is more primal than sight. Within the womb, you hear through the permeable membrane of your mother’s belly wall long before your eyes open at birth. Usually, my process is to follow the sound throughout a poem rather than a theme. I find the resonance that the poem wishes to convey and follow that sound down the rabbit hole and back again… The poem that is most true for me is not “sound over sense”, but sound leads the exploration. The poem that begins with sound is both deeply familiar, as if waiting to be discovered. Yet I don’t know where it’s heading until it has run its course. Sound entices me into adventure. I follow the sound where it leads into the next phrase as if following Ariadne’s clue into the dark labyrinth and back out again to clarity. Perhaps that’s how all the punning and wordplay happens, in that spirit of surprise. 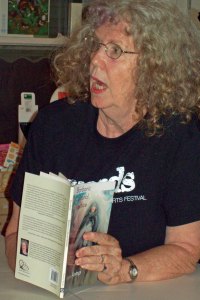 Kemp was the inaugural poet laureate for London, Ontario.

My poems that begin with an idea or an image are much more conceptual and, I feel, less embodied. Usually such poems are more prosaic and structured… and controlled, constructed rather than found or come upon (invenio).

For me, sound poetry can be a last resort for creative expression when words fail the enormity of the emotions. The sound of human voices can be used to portray the environment and the inner space. Sound Opera is a collective collaboration of musicians and performers of works based on my text. Sound Opera explodes the notion of a literary reading into myriad art forms. Seven of my Sound Operas have been performed at Aeolian Hall, London.

Because of your interest in sound, what types of sounds inspire you? Do you write to music?  Or do you prefer the rustle of aspen leaves?

I can edit to music because it provides a steady background that keeps me focused. But in writing, music is a distraction that would lead me off course. Outside, I’m intrigued by birdsong and yes to the rustle of leaves, redbuds in my garden.

I understand you have a new book being launched this April by Insomniac Press. What is it about?

In Local Heroes, Penn Kemp celebrates legendary cultural heroes from London, Ontario. These poems evoke a specific city in its particular landscape and history. Kemp documents London’s literary and artistic heritage in honouring artists in fields ranging from visual and language arts to figure skating. Presented as an overview, the collection stretches from Victoria explorer Teresa Harris to the contemporary arts scene. Local Heroes acknowledges the Indigenous peoples here, and the ongoing waves of settlers who have called the area home, as London grew from colonial outpost to vibrant cultural centre. Local Heroes spans time but remains in place.  The collection present three sections, in historical order.

Painting by James Kemp to be included in Penn Kemp’s new book Local Heroes to be released April 19, 2018 in London, Ontario.

I look forward to the release of this new poetry collection! What’s next for Penn Kemp in terms of your life and/or your literary aspirations?

Right now, I have a backlog of material that I’d like to hone into several manuscripts. At this stage in life, it’s a joy to be home writing and editing.

April is Poetry Month, and I’ll be launching Local Heroes and touring then. And I very much look forward to the Edmonton Poetry Festival’s “Wine and Wild Women Wordsmiths”, where as the feature reader, I’ll be matched with the wine on sale that evening: a full-bodied red, perhaps?

Two events where I’m performing to celebrate women writers. May 28 with Judy Rebick at London Central Library and later on July 22 at Eldon House Historical Museum in London for a Sunday tea to launch my CD, The Dream Life of Teresa Harris.

This summer, I’ll be working with a multimedia artist to create Augmented Reality markers based on site-specific poems. And as always, I’m collaborating with other poets and musicians whose work touches mine.

Wow, your energy inspires me. Thanks for sharing your thoughts about writing. I wish you continued success for your future goals and projects.

Thank you for your insightful, perceptive questions and review. I’m grateful for your close reading! 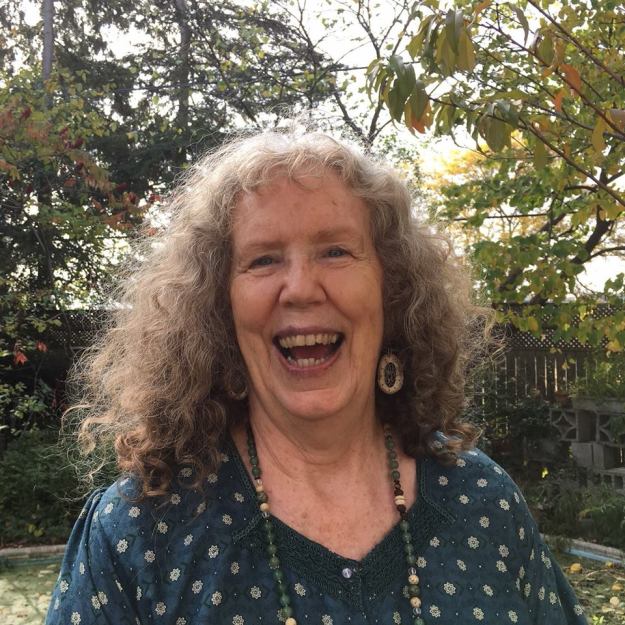 Here’s Penn’s reading schedule for the next three months:

Additional information about Local Heroes will soon appear on the Insomniac Press website.

Follow this blog for additional Canadian author and poet profiles.