“This morning, my stomach is a helicopter,/on top and in the rear, thrum, rumble, flutter/look how I run; will I need a mop?” – Tom Gannon Hamilton*

A southwestern Ontario poetry tour** featuring headliners Toronto poet and musician Tom Gannon Hamilton and Sarnia author and micro-press owner Sharon Berg will demonstrate how poetry can tell a story, be entertaining, serious and/or humorous based on such subjects as the war in El Salvador, dysfunctional relationships, art, suicide, cannibalism, nature, and more.

“My goal for these free community events is to introduce people who have little familiarity with poetry to an appreciation of what this form of writing can accomplish,” said Berg who is also the tour organizer. “Poetry was once revered by kings and practised by people of the highest intellect. But in Canada, poetry has been celebrated as an art form for the people, which led to the appointment of poet laureates in tens of cities across the country. Every poem tells a story, and on this tour, with these authors, you are sure to receive a variety of stories.”

Featured reader and tour organizer Sharon Berg says “my goal for these free community events is to introduce people who have little familiarity with poetry to an appreciation of what this art form can accomplish.”

Headliner Hamilton has a unique story to share. In addition to being the founder, curator, and host of the Urban Folk Art Salon (in partnership with the Toronto Public Libraries), he was also an aid worker during the war in El Salvador. His chapbook manuscript El Marillo, which won 1st place in an annual contest organized by Big Pond Rumours E-zine and Press, focuses on the havoc of events taking place in the 1980s during the extreme violence of the 12-year Civil War in El Salvador.

He has also just released Panoptic, a full-sized book, with Aeolus House, a micro-press owned by Canadian poet/editor Allan Briesmaster.

“This means that he has two books of stunning poetry to promote on this tour,” said Berg. “Hamilton is also an accomplished musician who makes his daily living performing music. He is likely to share a tune or two at each of the readings.”

Headliner Berg is returning to active participation in the Canadian poetry scene after a long hiatus while she worked as a teacher. She founded Big Pond Rumours International Literary E-Zine & Press in 2006.

“The existence of the BPR press in Sarnia is significant,” said Berg. “Indeed, both the international literary magazine and the press have gradually gained attention across the country for the work they are doing in promoting Canadian authors and providing an international forum for literary work.”

August 26 in Windsor: Windsor poet and co-owner of Cranberry Tree Press Laurie Smith will read with Hamilton and Berg 1 p.m. at Storyteller Bookstore.

August 28 in Petrolia: Lambton Country poet/blogger Debbie Okun Hill will read with Hamilton and Berg 6 p.m. at The Cottage Petrolia on Petrolia Line.

Each event is open to the general public. Admission is free.

As the owner of Big Pond Rumours E-Zine and Press (BPR) and a recent retiree, Sharon Berg moved to Sarnia and a new home in August 2016. “I moved here, in part, because Sarnia has a small but vital community of authors,” she said. Her work on the magazine and as a publisher had gone on for years as a sideline while she worked, but both the E-Zine and her press were “small potatoes back then. Indeed, I refer to the press as a micro press because it publishes just four chapbooks (30 pages or less) for Canadian authors a year, the press runs being limited to 100 copies. Still, most Canadian poets and first time novelists have press runs of 500 copies with larger presses, so the existence of the BPR press in Sarnia is significant.”

Additional information about Big Pond Rumours Press can be found here and on its website.

MORE INFO ON THE SPOTLIGHT READERS AND THEIR WORK

In March 2018, Tom Gannon Hamilton won 1st place in an annual Chapbook Contest run by Big Pond Rumours E-Zine and Press. Hamilton’s poetry in El Marillo, is of a different character than most authors in Canada present to their readers. It is literary, but it also reveals the effect of being an eye witness to atrocities through lines of poetry that bring readers right into the scene as a witness. Hamilton was a relief worker with Salvaide, an organization promoting social justice, during his time in El Salvador. He worked to provide medical supplies and other aid to the low income civilians in El Marillo. While thousand of people were being disappeared, the UN reports that the war killed at least 75,000 people between 1980 and 1992.

Hamilton has turned those tragic events into moving poetry. His award-winning chapbook is a dramatic and startling piece of work filled with every human emotion: from horror to terror, from grief and misery to sweet remembrance of others who joined him on that project in El Salvador. As one reviewer wrote of his work, “a lesser man would have had a nervous breakdown rather than turning those events into poetry”. Hamilton put his chapbook together as a way of making a public record about what he witnessed and of celebrating the work Salvaide did to save thousands of lives. It is also a text with special meaning for him as his wife died due to drowning under suspicious circumstances while she was in El Salvador. The pain he deals with related to this loss, is transformed into a celebration of her efforts to gain justice for the people she had devoted her life to.

As for his book Panoptic recently released by Aleous House, Canadian poet Donna Langevin wrote “Maestro Hamilton composes poems with the same musicality, virtuosity and fidelity that he brings to the violin he feels wed to.” This full-length collection will be officially launched in Ottawa on September 9 and in Toronto on September 12. 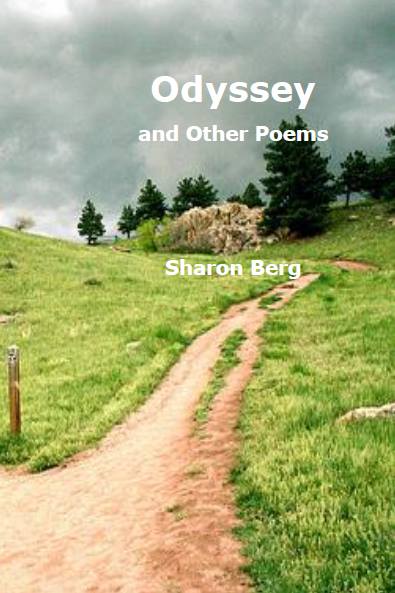 Referring to her first poetry book with Borealis Press, John Robert Colombo said “love becomes lyric in your hands, and poem after poem I am moved from delight to delicious delight.” With the release of her second book from Coach House Press in 1984, Dennis Lee said, “She is one of the younger poets to watch,” while a book review in Malahat Review said, “These are vigorous, quick moving poems with a surprising tension and strength.” After more than 30 years, she will read from her long anticipated third poetry manuscript on this tour.

Heather Roberts Cadsby: In the 1980s, Cadsby co-produced Poetry Toronto and co-founded the press Wolsak and Wynn. She also organized poetry events at the Axle-Tree Coffee House in Toronto and the Phoenix: A Poet’s Workshop. In recent years, she served as the director of the ArtBar Poetry Series. Standing in the Flock of Connections (Brick Books 2018) is her fifth poetry collection. More info here.

Debbie Okun Hill is a Lambton County poet/blogger with over 30 years of writing and promotional experience. Drawing from Experience is a collection of ekphrastic poems that present her impression of various works of art. Her books are: Tarnished Trophies, Black Moss (2014), Chalk Dust Clouds, Beret Day Press (2017) and Drawing from Experience, Big Pond Rumours (2017). More info here. 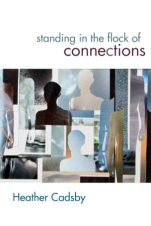 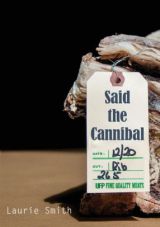 Laurie Smith, is a poet, editor, and co-owner of Cranberry Tree Press in Windsor, Ontario. She is also an award-winning poet and author of short fiction. Among her collections are Said the Cannibal, Gallstones, One Ninth of a Cat’s Life, Menagerie, and an upcoming collection of poetry inspired by the work of Charles Darwin. Read about Smith’s humorous 2018 National Poetry Month reading in Sarnia here.

* From the poem “Running of a Country” from the prize-winning chapbook El Marillo (Big Pond Rumours Press, 2018) Used with permission from the author © Tom Gannon Hamilton, 2018

**Written from the files of Big Pond Rumours Press and Sharon Berg.

Additional information about upcoming literary events in Ontario can be found in the event section of this blog.