“The work of writers fuels an almost 2 billion dollar industry, and yet more than 80% earn an income from their writing that is below the poverty line.” –The Writers’ Union of Canada*

It is late, almost midnight, but I can’t stop thinking about Winnipeg and all the ‘writer-ly’ chats and facts gathered during “Cultivating the Literary Ecosystem”, the League of Canadian Poets (LCP) and The Writers’ Union of Canada (TWUC) 2015 Joint Conference held May 28 to May 31, 2015 at the Radisson Hotel. By now, most of the conference highlights would be considered old news but some messages need to be repeated, personalized by other voices, and shared with new audiences.

Winnipeg, all lit up – a view from the Radisson Hotel

Did you hear The Writers’ Union of Canada’s announcement? Let me SHOUT it again from the rooftop: “Today’s writer does more to earn less. Taking inflation into account, writers are making 27% less than they were making in 1998 from their writing, while 45% of writers say they must do more to earn a living now.”

Some might argue: “So what? These are tough and challenging times for many workers not only CanLit writers.” However, when a writer or any employee is paid less than minimum wage isn’t that against the Employment Standards Act?

One could also argue that the Employment Standards Act does not apply to self-employed writers. Authors/poets are similar to struggling small business owners, working long hours for little pay. It can take years to establish a name. Are writers and publishers pricing their products too low or is the Canadian market saturated with too many writers willing to work for free?

That’s one of the concerns Dorothea Helms, writer/editor/owner of Write Stuff Writing Services expressed in her “The Business of Writing” workshop I attended back in September 2003. She used this analogy: “Would you say to a plumber, gee, I can’t afford to pay you, but you can sign my pipes? Unless it is for a charity or non-profit group you want to help, giving away your writing devalues your work.”

Here are some additional facts presented in the recent TWUC document Devaluing Creators, Endangering Creativity. Doing More and Making Less: Writers’ Incomes Today. (A copy of the TWUC media release and the condensed report are available here.) Based on the union’s recent survey, 81 percent of the respondents said their writing income fell below the poverty line, that the median net income from writing was less than $5,000, while the average income from writing was $12,879. The survey also indicated that 88 percent of the respondents had an undergraduate degree and that 50 percent had a master’s or doctorate degree.

Writers are well-educated folk and yet, in order to continue writing, many must juggle their priorities and seek paid work in a different field.

The document also indicated that the main source of writing income (46 percent) came from royalties from traditional publishers. Eight percent (the third largest source of income) was derived from self-published titles.

These statistics can only tell us so much. Is the number of “paying” markets decreasing while the number of writers seeking publication increasing? Has it become a supply and demand issue or has the general public lost interest in the creative arts? Or is a paradigm shift in the markets that writers haven’t adapted to yet?

For example, over a decade ago, my creative writing mentors reminisced about their earlier years when CBC and Chatelaine paid good money for poetry and short stories. Now these and other lucrative literary markets have either dried up or are accepting less work or paying less. Payment sometimes means receiving a free copy of the publication in which the work appears.

Even newspapers are downsizing their staff. About a year ago, I was shocked to hear that an assignment editor of a daily newspaper was also required to multi-task: answer the public’s webmaster concerns and supervise posts for an on-line event listing.

Authors have become jugglers. For example, blogging and social media networking #twucLCP2015 @twuc  @CanadianPoets have also become one of those necessary evils for professional writers. Unfortunately, author blogs rarely pay the bills and I am still searching for a poet or fiction writer who has been compensated for his or her time spent on Facebook, LinkedIn, and Twitter. Yet, some publishers are now asking for a record of your social media following and fan base as a criteria for accepting your book for publication. Maybe ten years down the road this extra promotional work will generate more book sales but it’s difficult to measure its immediate value in the short term. 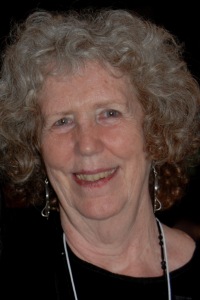 From my perspective, the market is now flooded with writers and on-line publications that are here today, gone tomorrow. The internet is inundated with words, tweets, YouTube videos, blogs. People are chattering but is anyone listening? Will anyone read this blog post?

The general public’s expectation of FREE information is also a concern.

TWUC pointed out that “recent changes to the Copyright Act, broadly misinterpreted as an education exemption, have also had an impact on writers’ incomes.”

As writers, what should we do? Continue to work long hours for little or no pay?  I know several talented writers who just gave up because, frankly, they either ran out of money or just ran out of steam. Others are passionate about working with words, so they cling onto their dream and forge forward but for how long?

The union indicated they would continue “to work to reverse the distressing trends outlined in these results.”  I suspect this will be a daunting task, one that writers will continue to discuss for a long time. The League of Canadian Poets is also looking for ways to help its members.

Fortunately, for those writers attending the joint conference, not all the presentations were gloomy. Below are some additional memories worth noting:

Conferences are great places to meet writer friends from across Canada. Several participants and/or organizers of the 2015 Great Canadian PoeTrain Tour gather for a quick chat! David Brydges shared the success of this project during the May 30, 2015 LCP annual general meeting.

-This year, over 135 professional writers and an additional 15 guests, panelists, non-members, students and staff were listed on the attendee list. Thirty of these attendees held joint memberships. What a great weekend to mingle with not only poets but fiction and non-fiction writers as well! 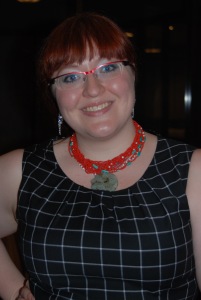 -‘Conference rookies’ attending their first Union Annual General Meeting were encouraged to wear their identifying yellow name tag. This was their ticket to the rookie reception where a room-full of conference newbies gathered to talk about….writing!! TWUC’s out-going chair Harry Thurston and incoming chair Heather Menzies mingled with the guests and made everyone feel welcome.

-Metis poet, playwright, and educator Gregory Scofield presented a powerful Anne Szumigalski Memorial Lecture reinforcing his concerns over the missing and murdered indigenous women in Canada. His talk will be published in Measures of Astonishment, a collection of Anne Szumigalilski lectures to be launched during National Poetry Month 2016.

-Thanks to the Writers’ Trust of Canada, Toronto speculative fiction writer Guy Gavriel Kay delivered the Margaret Laurence Lecture on the topic “A Writer’s Life”.

-For those interested in learning more about literary trends and the characteristics of an average reader, Noah Genner from BookNet Canada shared some interesting stats. Check the non-profit organization’s website here. 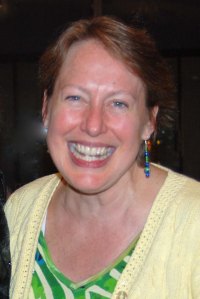 -Such a wide variety of panel discussions, it was impossible to attend them all: Affirming the Artistic Life, Time and Money, Writing and Editing the Long Poem and so many more.

Congratulations to Kayla Czaga, recipient of the 2015 Gerald Lampert Memorial Award. She was also shortlisted for the CAA Emerging Writer Award during the Canadian Authors Association’s annual conference in mid-June 2015.

As a writer or non-writer, what will you do to help improve the living standards of Canadian writers? Purchase a book (or even an e-book), encourage libraries to carry the work of Canadian writers and borrow those novels and books so that they won’t be removed from the shelves, lobby schools (and governments) so Canadian literature won’t be forgotten, invite authors to the schools, attend and support local readings, write a review and post on-line or better yet, treat a local author or poet to lunch and exchange your views on the future of Canadian literature. Keep the dialogue going!

If you missed this year’s joint conference, mark your calendars for next year’s conference “Write – the Canadian Writers Summit” to be held June 16 to 19, 2016 at the Harbourfront Centre in Toronto. Numerous national and provincial literary organizations will be involved.