Debbie Okun Hill is Past President of The Ontario Poetry Society, a Member of The League of Canadian Poets , the Writers’ Union of Canada, the Canadian Authors Association, and the Lake Winnipeg Writers’ Group plus for eight years was a co-host of a monthly open mic event in southwestern Ontario. She is a trained journalist/communication specialist with several short fiction stories in print. Since 2003 she has concentrated on poetry with over 470 of her poems published in over 170 different publications/websites including Descant, Existere, In/Words Magazine, Juniper, Other Voices, The Fieldstone Review, The Literary Review of Canada,  The Windsor Review, and Vallum in Canada plus LUMMOX, Mobius, phati’tude Literary Magazine,  Philadelphia Poets, Still Point Arts Quarterly, Tamaracks, The Binnacle, and Thema in the United States.

She has read her work throughout Ontario including the Fringe Stage of the 2011 Eden Mills Writers’ Festival and during the 2012 PoeTrain Express/Spring Pulse Poetry Festival in Cobalt. Following the release of her first book of poetry Tarnished Trophies (Black Moss Press, 2014) she attended several literary readings and events. See tour details here. One of the tour highlights was her participation in the April 2015 Great Canadian PoeTrain Tour, reading with 19 other poets in Winnipeg, Edmonton, Vancouver and on VIA-Rail. In August 2015, Beret Days Press released MINDSHADOWS, a membership anthology that she edited/compiled for The Ontario Poetry Society.

With the much appreciated editorial assistance of Canadian poet/mentor Harold Rhenisch, she completed revisions on her manuscript of ash tree/emerald ash borer themed poems and is currently seeking a publisher. A video sneak peek of her project appears here.  Several poems also appeared in The League of Canadian Poet’s fundraising anthology Heartwood: For the Love of Trees as well as the Environmental Vol. 19 No. 2 Fall 2016 issue of The Windsor Review. She also had work published in Tree Anthology, an anthology published by the Dearborn Public Library.

Thanks to a second Ontario Arts Council Writers’ Reserve Grant, she also completed a draft of poems focusing on pioneer crafts which continue to be revised.

During the 2020 to 2022 pandemic restrictions, she took some time off to explore other creative outlets including gardening, knitting, card-making, and sketching.  She read a variety of genres and often wrote book reviews on Goodreads. With her love for art, she also experimented with ekphrastic poetry and hopes to pull those poems into a future manuscript. Many of these poems have already been published in recent anthologies.

Listen to  a sample of her reading from her debut poetry collection Tarnished Trophies broadcast on Finding a Voice on cfrc 101.9 fm. Hear the archived broadcast from October 31, 2014 from 4 to 5 p.m.  (39:00 to 46: 30) This reading was originally taped at “Poetry at the Artel”, an open mic event held Tuesday, October 7 in Kingston, Ontario.

More samples of her work here.

Member since 2004 of The Ontario Poetry Society

8 thoughts on “Meet the Author”

Recently published in these books, anthologies, or literary journals. 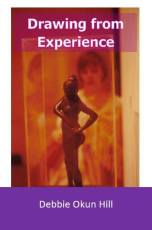 Heartwood (The League of Canadian Poets, 2018) 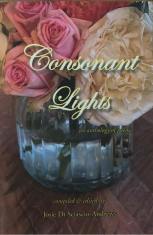 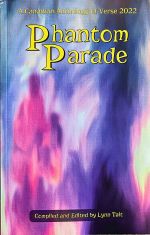